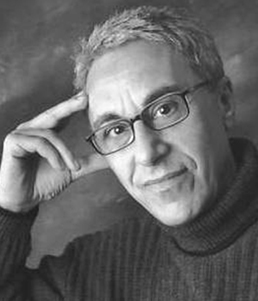 Frank Porporino has a Ph.D. in clinical psychology with a career in corrections spanning more than 40 years as a front-line practitioner, senior manager, researcher, educator, trainer, and consultant.

His public service began in 1974 as a psychologist in Canada’s oldest maximum-security prison, Kingston Penitentiary.  Over the next 22 years he remained with the Correctional Service of Canada (CSC), ending the public sector phase of his career as Director of Strategic Planning and Director General of Research and Development.

From 1987 to 1994, he developed and managed a national program of research for the Correctional Service of Canada responsible for a budget of close to 1.5 million and supervising about 20 professional staff.

Beginning in 1988, he was instrumental in introducing a correctional programming strategy throughout the federal correctional system in Canada, emphasizing an evidence-based framework for correctional practice that was subsequently emulated internationally.

He has worked for numerous agencies throughout Canada and the United States, at the state and federal level, and for county-level probation and parole agencies, school districts, forensic psychiatric hospitals, employment agencies, and numerous community-based criminal justice agencies.

Internationally, he has worked in more than 20 countries, including in the UK, Europe and the Scandinavian countries, Australia and New Zealand, and most recently in extensive engagements with the Singapore Ministry of Youth and Family Services, the Namibian Correctional Service in Africa and the Barbados Prison Service in the Caribbean.

Frank was adjunct professor of psychology at Carleton University in Ottawa from 1987-1994. He was on the elected Delegate Assembly of the American Correctional Association and served as a member of the ACA Program Council, Exemplary Practices Council, Professional Education Council, Correctional Employees Committee, Policy and Resolutions Committee, and the International Relations Committee. He served three terms as chairperson of the ACA Research Council and is past president of the International Association of Correctional and Forensic Psychology.

He served on the Executive Board of the International Corrections and Prisons Association (ICPA) and co-chaired the Annual Conference Program Committee.  He is also an adjunct professor in the Department of Criminal Justice and Legal Studies at the Polytechnic of Namibia. Frank has been on the Editorial Boards of the Prison Journal and the Journal of Substance Use and Misuse and he was the founding editor of “Forum on Corrections Research”, a Canadian quarterly journal dedicated to promoting an effective, accountable and knowledge-based corrections.

In 1998 Frank was awarded the American Correctional Association Lejins Research Award, in 2003 the International Community Corrections Presidents Award, and in 2011 the Volunteers of America Maude Booth Award for his career contributions to research and program development in the field of corrections.

He has authored numerous monographs, book chapters and journal articles on the assessment and treatment of offenders, has developed a dozen well respected cognitive-behavioral and motivational programs for both juvenile and adult offenders, and has also co-authored the book Coping, Behavior, and Adaptation in Prison Inmates (with E. Zamble, Springer-Verlag, 1988).