Reintegration of foreign prisoners – 2012 Conference of Directors of Prison Administration

Promoting the latest Council of Europe standards in the area and to discuss the tasks of prison and probation services related to the treatment, preparation for release and reintegration of foreign prisoners.

Pedro das Neves, board member of IPS participated as observer at the 17th Council of Europe Conference of Directors of Prison Administration (CDAP) that was held for a second consecutive year together with the Directors of Probation Services, taking place in Rome on 22 and 23 November 2012.

The Conference was be followed on the morning of 24 November 2012 by a special meeting of its participants with judges and prosecutors as well as with representatives of the Consultative Council of European Prosecutors (CCPE), the Consultative Council of European Judges (CCJE), the European Committee on Crime Problems (CDPC) and the Council for Penological Cooperation (PC-CP).
The aim of this meeting was to discuss how to reduce prison overcrowding which is a problem faced by many prison administrations in Europe today.   It is hoped that this dialogue will be maintained and continued at national and European level in order to develop long-term strategies in this respect and make more effective use of alternatives to custody. 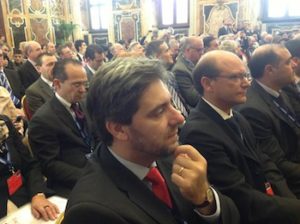 For further information about the conference, please visit: